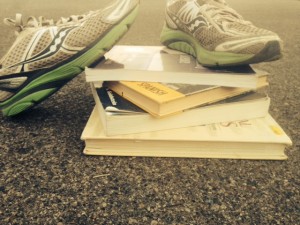 As we sat in the Nova Academy Awards ceremony Friday morning, I was reminded of sports and the positive impact it has on academic success, as well as its many other benefits. We were so proud to watch several from our Up and Running group walk up on the stage and receive academic awards, as well as see them in leadership positions such as ASB and working the sound system. Juan Montanez became ASB secretary. Marcella Ramirez got the Soaring Eagle award for her citizenship. Several others, such as Hannah Roberson, Celia Gonzalez, and Cathy Benitez received academic rewards for having a 3.5 or above GPA in college classes.

Ever since my days of playing high school sports, I had remembered my coach talking about the benefits to us in school that we developed as a function of playing sports, such as time management, goal setting, self esteem, character, and leadership skills. According to a publication called TrueSport, “these outcomes are thought to be related to the contribution of sport to learning values and skills associated with initiative, social cohesion, self-control, persistence, and responsibility.” And then there’s stress relief. Sports helps to relieve the stress that can build with school, classes and life. When asked what motivates him to finish the race, Raudel from Nova says, “I love to run and I just feel as if running is a huge stress reliever.”

So what are the stats to back up the claim that sports helps in the classroom? Hardiness Research conducted a study in 1991 that found that “by a 2-to-1 ratio boys who participate in sports do better in school, do not drop out and have a better chance to get through college”. This ratio is three to one for girls. Also Lipscomb in 2006 found that there was a 2% increase in standardized math and science test scores on a national survey sample among those that participated in high school sports. And, student-athletes were 5% more likely to aspire to college attendance than their non-athletic peers.

In sports, athletes learn to respect their coaches and authority as well as learn to take both positive and negative feedback and grow and change with it. Teamwork and building up others and working together are also developed as a result of doing a sport on a team. Being “coachable” is a trait that can help people throughout life, but one of the most obvious correlations is in future jobs. Those that can listen to a coach, will do well in the workplace listening to their boss and getting along with coworkers. This connection is confirmed by a study reported by the LA84 Foundation that says, “in recent years economists have found that sports participation is associated with higher post-school wages and income.”

Coaches have long weighed in on this topic and know the value of sports to those people on their teams that they care about not just as players, but people. “People who work together will win, whether it be against complex football defenses, or the problems of modern society.” Says Vince Lombardi, American Football Coach. Sounds like we need more athletes in this world!

Many times it is these coaches themselves that help to form our character and build into our strengths and bring out the best in us. Joanne Roberson was recognized at the Nova Award Ceremony for the Parent Volunteer Award (renamed this year the Bing Award). Her athletes could tell you that under her guidance, they have bloomed as people. “In high school, in sport, I had a coach who told me I was much better than I thought I was, and would make me do more in a positive sense. He was the first person who taught me not to be afraid of failure,” said Mike Krzyzewski, Duke basketball coach.

Up and Running Again has seen remarkable changes both in the lives of the at risk high school kids we train, and the adults battling addiction and homelessness. This is not just healthy for the body, but in training us as people!