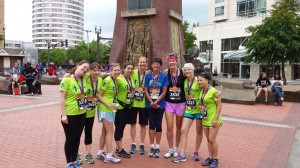 This last season marked the first time that the Portland Rescue Mission has joined Up and Running Again to train their participants to run a half marathon. The Portland Rescue Mission is divided up into 3 separate facilities. One consists in their Emergency Services. The other two are for housing and rehabilitating the men at The Harbor and the women at Shepherd’s Door. We partnered with both the latter two facilities to form a mens training group that ran the Portland Rock n Roll Half Marathon in May and the women’s group that ran the Vancouver Half Marathon yesterday.

The women at the Shepherd’s Door gave a season report: “Everything went well and we really appreciate URA’s generous sponsorship. The girls feel optimistic. Barbara for instance, shared in her video she has never followed through on anything, and she’s so grateful to have this opportunity to accomplish something from beginning to end. Tiffany shared that she has never exercise in her life! She couldn’t believe she was capable of running 13.1 miles non stop. She said now she knows with preparation and practice, she can do anything. Heather who used to play soccer & basketball said the run has renewed her desires to get back to sports again. And Amanda said the half marathon has taught her to let go of her pride. She has learned she doesn’t have to always out do everyone.”

There were 4 participant runners and 5 volunteers. All 9 completed the half marathon. We are so thankful for those volunteers that poured themselves into encouraging the residents and helping them stick to it and work towards life changes! It has also been amazing to see the Portland Rescue Mission and Up and Running Again gain local sponsorship. One of the men volunteering with The Harbor Group was able to get donate printing services for the URA shirts and Foot Traffic, a local running shoe store, donated new shoes to both groups. We are encouraged and excited about a continued presence in the Portland area. 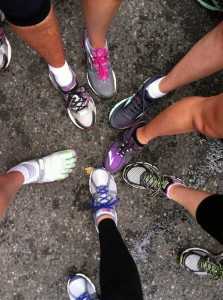 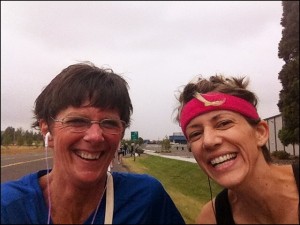