The award from Long Beach Rescue Mission for the Barnabas of the Week went to Louie ‘Fast’ Faust. Coach Rich Hubbell said, “Louie was the first URA runner to finish the Santa Ana 5K. After finishing, he went back on the course and ran with other runners to encourage them. Good job Louie!” 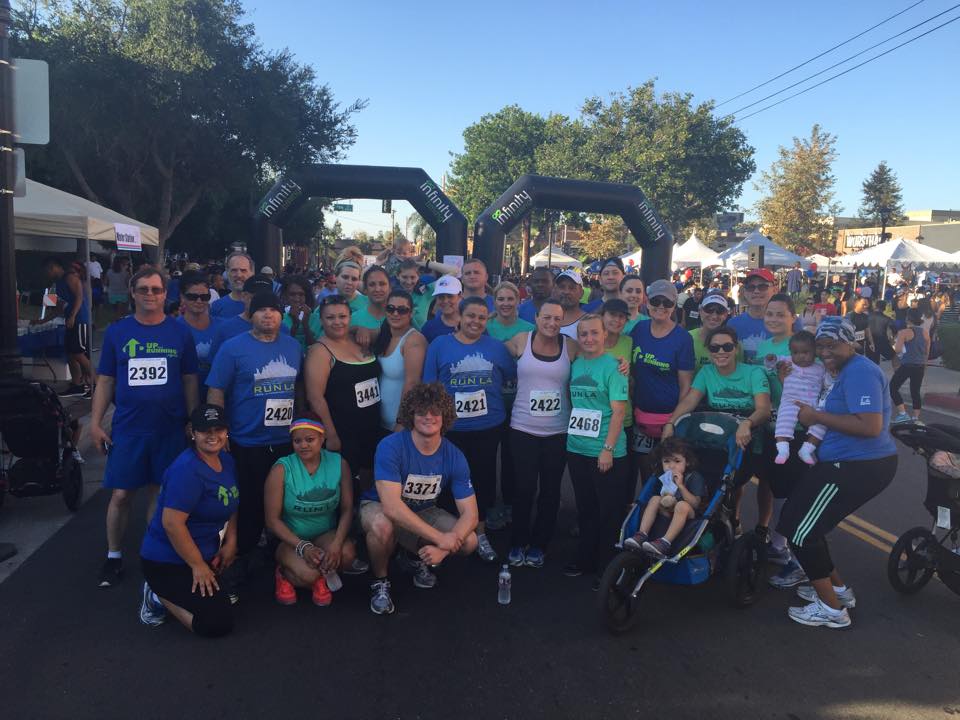 Oh, so that brings us to the 5k!  Yes, for the second season in a row, our Long Beach and Orange County groups have been able to run in a 5k as part of our training!  This season, after being alerted to a free 5k race in the area, we signed up close to 25 runners (not counting at least 7 volunteers) to run on Saturday, August 29th.  Wearing LA Marathon shirts that were donated to us, we descended on Santa Ana wearing the greens, turquoise, and blue of the ocean.  As a way to promote health and fitness, the city of Santa Ana put on a run called Plaza Wellness 5k Run in which we ran through the city streets with over 1,000 runners to earn a medal.  And a banana.  Because you know it is all worth it for a banana! 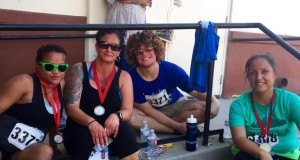 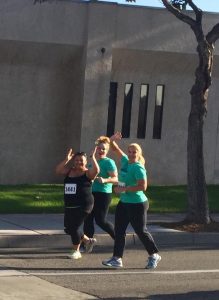 Despite the 89 degree blazing sunshine, our participants brought a cheery attitude.  It was great to see the Long Beach and Orange County groups meet up as they ran together, high-5’d and danced to the music.  The group gelled together and made me instantly look ahead to when we will meet up to run again in two weeks.  And that brings up Louie.  Talk about excitement and encouraging.  As I watched, he stood right after the finish line and greeted countless finishers (both URA and others he had never met) with a giant smile and high-5.  I’m not sure who was more pumped and energized from those high-5’s- Louie or the finisher.  Louie looked like he could almost run another 5k right after with all his excitement.  And he did run extra.  After himself finishing, he went back and found several of his teammates and ran with them through the finish line.  He even sacrificed his official time as somehow the timing chip recorded one of the later finishes he did with his teammates, and not his initial time. 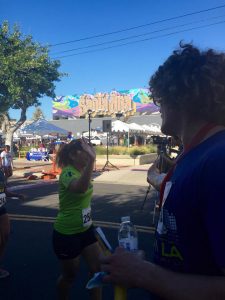 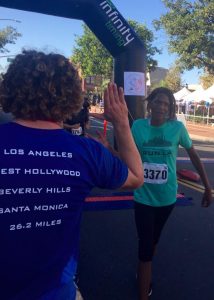 But, just as the front runners often show a lot of spunk and energy, the show is not lost on those at the back of the pack.  Cynthia from OC Rescue Mission showed all the emotion that veteran runners can relate to when they reach a finish line that truly challenged them.  “I just wanted to make sure I didn’t walk at all…” said Cynthia, “It got rough.  I got into the home stretch and I almost started walking but toward the end I was like ‘No! No, don’t walk! Don’t walk!’ Coming into the home stretch all those people were cheering and they had music playing.  I started crying because it was so exciting and I knew that God brought me through.” And with tears streaming down her cheeks and a giant smile, she pushed her jogging stroller in one hand and with the other gave high-5’s to the line of people on the way to the finish line. 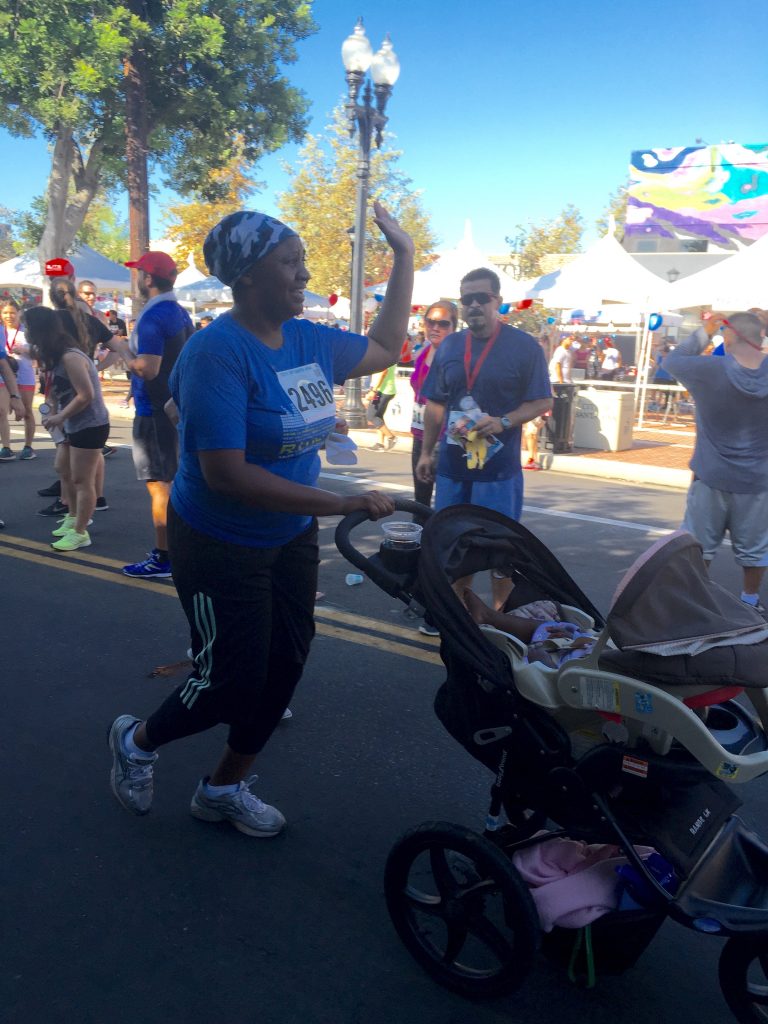 And so many of the runners learned what it is like to get excited by a crowd, encourage one another and pull strength from God and those around you, push yourself when you feel like stopping, and the feeling of finishing a job well done.  We are excited to see how that translates to the rest of their training and their future half marathon!

Cynthia from OC Rescue Mission Barnabas of the Week Award

A Volunteer, but a REAL friend