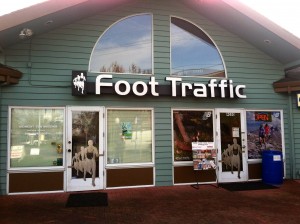 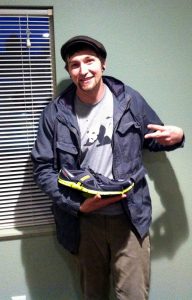 Recently Sean Rivers, the owner of Foot Traffic, donated new running shoes to the men at the Portland Rescue Mission who have been training and preparing to run a half marathon. Sean had never heard of Up and Running Again. So we told Sean about the partnership between Up and Running Again and the Portland Rescue Mission. He was very excited to hear that men are running again to change their lives and that it was happening right in his home town of Portland Oregon. He was very eager to get involved in any way possible. That is when we asked him if he could donate any clothing to get the men started running again. He agreed to donate clothes but then he went above and beyond! He offered to donate new running shoes to all of the participants from the Portland Rescue Mission that were training for the Portland Oregon Rock N Roll Half Marathon on May 18th. Through all of these partnerships being made, men are now running in new shoes, one mile at a time, and it is changing their lives as they learn commitment and experience perseverance! On behalf of all the participants, I would like to say thank you to Up and Running Again, Portland Rescue Mission, and Foot Traffic for all of their generosity and support! You have truly blessed the men! 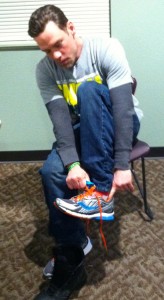