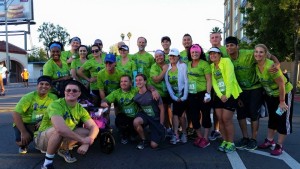 Our 14 week training season for Orange County Rescue Mission and Long Beach Rescue Mission culminated with the Mission Inn Half Marathon in Riverside on November 8, 2015.  Previously we had always done a half marathon in October, so this was the first time we bumped the training and the race back several weeks until November.

The OC Rescue Mission group, led by Greg Clarke, had 7 participants complete the program, with more than 5 consistent volunteers.  Coach Rich Hubbell, without the help of any volunteers during the week, headed up a very consistent group of 7 runners.

On the evening of November 7th, both groups attended a carb load awards banquet held at EV Free Church of Fullerton.  A group of volunteers from a couple adult fellowship classes at the church cooked homemade lasagne, decorated, waited on the tables and created a spread of desserts enough to feed an army.  The evening held special sentiment because on top of the certificates being awarded and special awards, a very talented volunteer, Liz Clarke, played her guitar and drums and sang “The Prodigal.”  Coach Hubbell had said that the song, “10,000 Reasons” was special to his group at the Long Beach Rescue Mission.  Most athletes from both the rescue missions came up front and worshipped God singing while Liz accompanied. 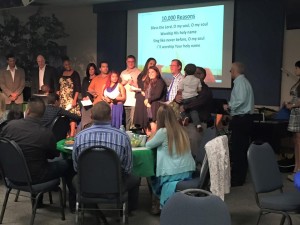 During the message, presented by Jac LaTour, a couple people from the banquet dedicated their lives to Christ.  Awards for the season were given out, along with a medal that is new this season.  For any runner completing 90% of the training runs and turning in a completed Participation Manual, they earned the Up and Running Again medal.  We had all 7 runners from Long Beach and 2 runners from OC earn it. 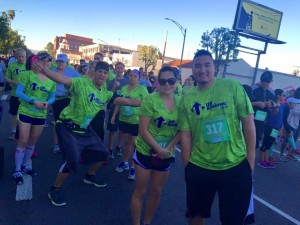 The next morning 22 runners, including coaches, volunteers and participants donned their lime green camouflage URA shirts to start the race at 7 am in Riverside.  Most runners enjoyed running in the cool weather.  One of the participants from the OC Rescue Mission ran the entire race with her baby in the stroller.  We had another runner who ran a 7:42 min/ mile to finish in 1 hour 39 minutes.  Another runner was out running for 3 hours and 42 minutes.  We had the whole range of paces and abilities, but each finished the race and many were flooded with emotion on finishing. 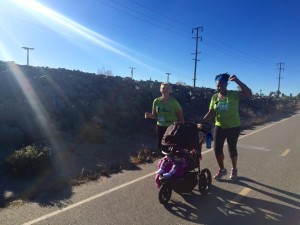 One of the participants from OC had been in a gang in Riverside, his home town, and now he was turning his life around and finished the half with his family watching.  A runner from Long Beach said she committed her life to Christ during the URA training.  She also said that when she started the training she was pre diabetic, but a week before the race she found out that she no longer is and she believes it a direct result of the training.  Another runner said he made a goal during the season to finish his GED and get a BA and MBA.  During that time he got his diploma and is now reaching to complete the rest of his goals. 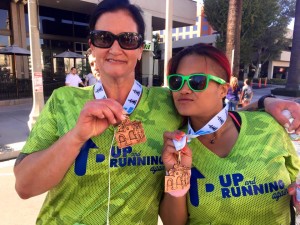 The success stories from the runners is endless and we believe God will continue to use their time at the rescue missions and Up and Running Again training to mold them.   We are proud and excited for what the future holds for our new friends, so we remember what was sung at the banquet, “Wherever you are, whatever you did- it’s a page in your book, but it isn’t the end…” 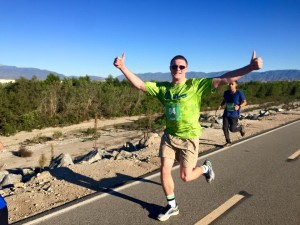 April Shares About Her Journey San Diego Rescue Mission is Up And Running Again!