San Diego Rescue Mission is Up And Running Again! 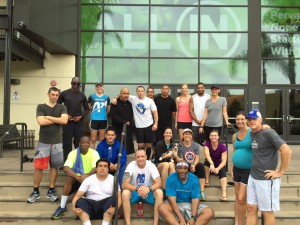 San Diego is the eighth largest city in the United States with a population of 1.3 million. Out of the 8,700 homeless men, women, and children in the San Diego region, 527 are under the age of eighteen, 5,046 are between the ages of 25 and 54, and 631 are veterans who have served in our armed forces.*

In the heart of downtown San Diego is a rescue mission dedicated to serving the homeless, offering them shelter and hope through various faith based programs.

We are happy to announce that on September 21st, Up And Running Again kicked off a new running team at the San Diego Rescue Mission, and the runners are setting their sights on the San Diego Holiday Half Marathon in December.

As we start another Up And Running Again group we ask that you would consider supporting this new group. As they set out on this journey, it is certain to help them grow physically and spiritually as they strive to leave behind the challenges of their past and begin running in a way as to reach the prize ahead. 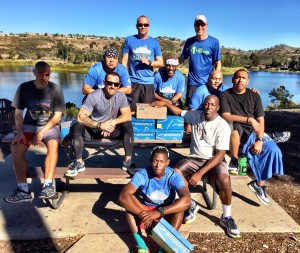 A Volunteer, but a REAL friend