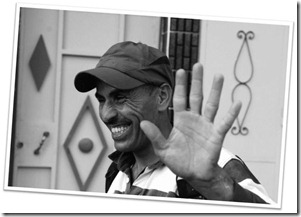 Over the course of the past few weeks, I have learned a new five second rule. This five second rule is related to our desire to take action when needed. In some instances, I have taken the appropriate action and at other times have failed to make a move.

Yes, we all come across them and I believe you have roughly five seconds to determine what course of action you will take. Either one, you will stop and help or two you will either walk or drive by. I think it is important to determine NOW how you will react to those situations before they occur. If you have already made up your mind then it will be much easier to pull over to help or offer assistance to someone that might be in need.

In the past two weeks, I can vividly remember three instances where I had the opportunity to help someone.

1. I was at a Starbucks and there was a man crouched down with a old Starbucks cup in his hand. It was around 9am in the morning and I was in a rush. I was thinking of offering him a cup of coffee or muffin but I wasn’t sure if he was homeless. At the very least, I could have made sure he was ok. It was one of those awkward situations where you are not sure if someone needs help or assistance or not. In my five seconds, I determined that I was not sure if he needed help, so I got in my car an

2. I was in a rush to meet a client for a dinner meeting. I was actually in the car following my client to the restaurant. We were in a big rush to get to the restaurant because I had another appointment 1 hour later and so we were pushing it to try and get a dinner meeting in. We were driving down the street when all of the sudden one of the middle lanes was completely stopped and yet the light was green. I changed lanes and noticed that the car in the middle lane was stalled and a couple of guys were trying to push it out of the way. I immediately thought I should get out and help but then I also remembered that I had no idea how to get to the restaurant, my schedule was very tight and I didn’t want to clog up traffic anymore. So I continued to pass by the situation and follow my client.

3. Finally, I was at a restaurant with my family and we had just finished eating. We walking to our car when a man asked us for any change. He described to us a story about his car breaking down. My first thought was that I needed to try and help. I didn’t want to give him money but would liked to help him. I told him that I didn’t have any change but that I would buy him a sandwich if he wanted one. He said sure and I so I walked back into the restaurant and ordered him a sandwich and drink while my family loaded into the car.

So there you have it three instances to describe this new five second rule. We all come across these situations every day. I would encourage you now to think through how you would have handled these situations.

What will you do in your five seconds to make a decision?

What are some situations you encounter and how have you reacted to them? Let me know your thoughts.