A Night Out For Up and Running Athletes 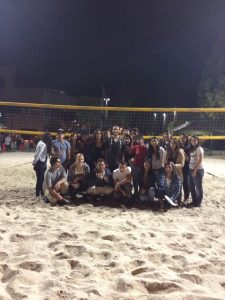 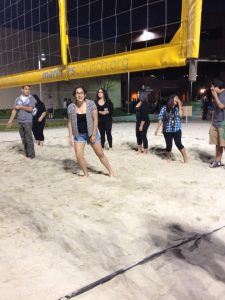 This last Friday night, March 7th, a large group of more than 30 Up and Running Again athletes descended on Mariner’s Church in Irvine for the Fellowship of Christian Athletes Night of Champions.  This event has been going strong for at least 20 years, since I attended when I was in high school.  There were many fun and team-bonding type events that included volleyball, graphiti art, food trucks, worship, speakers, and many more.

Among the list of those speaking at the event were: Cody Kessler (USC football), Amber Neban (Olympic Cyclist), Caroline Stanley (USC soccer), Jeremy Sieverts (Pro Lacrosse).  Serena Solano said, “They were mind opening.”  Cathy Benitez said she learned through one of the speakers that simple things have a lot of value.  Hannah Roberson said that the interviews with the athletes were her favorite part.

“It was great.  It was emotional. It was life changing,” Said Mercy and Marcella Ramirez.  Of those from the Up and Running Group that went, 7 accepted Christ as their Savior!  Carlos Hernandez enjoyed part of the program called Spoken Word.  He said it was “inspirational.” It was best explained as poetry acted out rhythmically with break dancers.  Guess you had to be there to see it!

The group bonded over In and Out Burger and playing sand volleyball.  Vanessa Atempa said, “Volleyball was my favorite [part of the night].”  Sounds like going to the FCA Night of Champions may become a yearly tradition for this group! 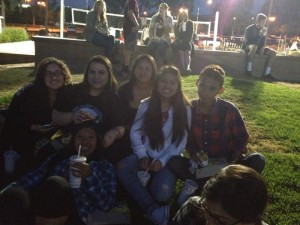