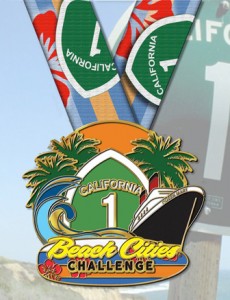 Congratulations to the past and present runners of Up and Running Again that have trained on their own, and completed the Surf City Half Marathon this last Sunday.  We had runners from Nova, Orange County Rescue Mission, and Kidworks all running in that race without it being an official Up and Running Again trained race.  Why?  According to the kids at Nova, there are lots of reasons why they continue to run and continue to race.  Nova Academy doesn’t offer sports at the school, so this is their way of still having a sport.  Other reasons they mentioned were to stay fit, have stories to tell, and get the beach cities medal.  In order to earn the beach cities medal, runners need to compete the Surf City Marathon in Huntington Beach, the Orange County Marathon, and the Long Beach International City Bank Marathon consecutively.  Several URA runners have earned this prestigious, and nice looking medal.

The names of those at Nova who ran on Sunday were: Pablo Nunez, Serena Solana, Cathy Benitez, Hannah Roberson, Pamela Gallegos, David Salazar, Dayana Bahena, and Raymond Santana.  They not only had to work extra hard and have their own motivation to complete this race, but they had to be creative in their ways to pay for their race entry.  Cathy Benitez said she sold chocolates (about 60 of them!) to pay part of her way.  Pamela Gallegos was given her race entry as an early birthday present.

For all these Nova runners that ran Surf City, they have each now run 3-5 half marathons.  Pablo Nunez said he was motivated to keep running it faster.  His first half marathon he completed in 2 hrs 33 min.  His second and third races he completed in 2 hrs 8 min.  But, it isn’t always easy staying in a training program and pushing past the pain.  They easily remember the struggle and offer some tips for those that are just starting the journey.

“Later they will really miss the first couple weeks.  It gets harder.”

“Running partners are the key.”

And, these runners continue to set new goals.  Several of them, including Nunez and Benitez said they hope to run a full marathon their senior year.  And for runners with this amount of drive, I don’t doubt they will do it! 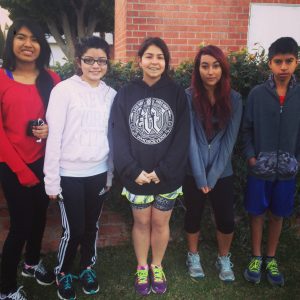 Goodbyes and Welcomes Family Edition Volume I: Twins Stick Together